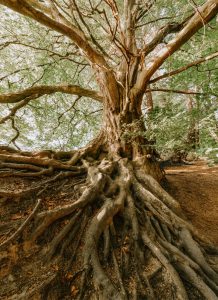 Many years ago, my then pastor Lee Simmons made a statement I never forgot. He said that God doesn't take anything away from us that He doesn't give us something better in return. Originally applied in the area of temptation, I believe that this truth is wider reaching and critical to the area of stress management.

Let me be vulnerable with you. At one time, yours truly had some pretty serious anger issues precisely because I did not understand what I am about to share with you. When the Lord finally got me to the point where I saw what my behavior was doing to my life and my family, He was then able to show me the root of the problem. In sharing my personal journey, I hope you will latch onto the same principle that changed my life.

In those times of prayer - the kind where you wait in the Lord's presence and ask Him to speak to you - I was able to step back and take a look at myself. What was causing my anger? The same things we all deal with. Things that frustrated, disappointed, and hurt me in some way. Things that I couldn't control - and my inability or failure just made it 10 times worse. And because I was not really doing step 1 (see last post), these things were festering under the surface and building up. Think of a covered pan on the stove. Once the pressure builds up enough, it finds on the lid the point of the weakest seal and forces its way out; boiling over. Likewise, pent up stress eventually finds a weak spot and - well, you know - it ain't pretty.

As I prayerfully looked at this, the Lord helped me realize a couple of things. One, that this was a part of life. That these uncontrollable events and situations will always be there.

Two, that much of my explosive reaction came from my self-disappointment - my inability, embarrassment, failure, etc. I was really mad at myself more than anything else. But this was still not the root of it. I had to go deeper. He then began to show me that my personal sense of worth was tied to my performance - the unwritten standard I had set for myself that was always there watching to see if I measured up. This very inconsistent sense of security was itself rooted in the fall, when sin entered the picture and mankind became separated from God.

Now, here’s where the “better” comes in. The Lord showed me He wanted to take away this “sinful” sense of worth, and replace it with another. A consistent value based upon the fact that I was a unique creation of His, and prized by my Creator. The Bible says that “God shows his love for us in that while we were still sinners, Christ died for us.” Romans 5:8 (ESV). In other words, God’s love for me and my value to Him is not tied to my performance. God showed me my worth when Jesus paid the highest price - dying on a cross so that I might be reconciled to Him.

This would take some time for me to digest, in fact I’m still wrapping my heart around it. But having a new “root” - a new and consistent basis for my sense of personal value – has begun to erode the negative emotions that for so long were like gasoline to the fire of frustrating and uncontrolled circumstances. In order to be “transformed by the renewing of my mind” (see Romans 12:2), I would begin on a quest to search the truth of God’s word about His unconditional love for me and make many decisions to believe His word over my feelings. I can report today that though I am far from perfect, I am also - ask my wife - far from the man I used to be, thank God!!

One of my favorite Scriptures is Hebrews 4:16, “Let us then with confidence draw near to the throne of grace, that we may receive mercy and find grace to help in time of need.” That mercy comes from the cross of Christ. Part of the “grace to help” is showing us the real root of the issue - in this case our stress. That way we can do more than just deal with the unwanted behavior.  Once we know the root, the Lord helps us trade it for something better. Something that comes through Christ's awesome work on the cross.

More on this next time.