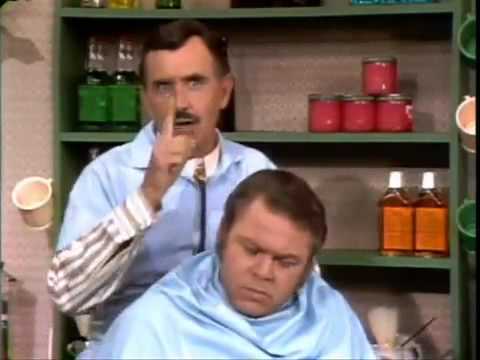 As a young Christian beginning to learn about Jesus, of course Holy Week was a huge deal. When I heard the term Good Friday, it kind of confused me. This was the day that my precious Savior hung on a cross and died, why would anyone call that "good?"

It reminds me of Saturday nights when my family would watch Hee Haw on TV. There was a segment when Archie Campbell and someone else like Roy Clark would get in a back and forth conversation that kept changing the perspective on things as more information came out. The segment was called "That's Good, That's Bad." Today, with a little inspired creativity I want to bring you the Holy Week version of That's Good, That's Bad.

A: "Today is the anniversary of the day they took a notorious criminal off the streets who challenged authorities, threatened a national landmark, uttered blasphemies, and could have unraveled a a whole nation's way of life."

A: "Because His name was Jesus, and He was actually God's chosen king. He spoke the real truth to everybody, and He went about healing people that were sick and changing the lives of folks everyone thought was hopeless."

A: "Because, Jesus didn't come to build and earthly kingdom, and it was already prophesied long ago that they would reject Him."

A: "Because they didn't just reject Him, they arrested Him, falsely accused Him, convicted Him, and sentenced Him to death on a cross, the most inhumane kind of execution."

A: "Because on that cross Jesus took our sin - yours and mine and everybody's - on Himself. He paid the penalty so that the sin that separated us from God would no longer be charged to us and we could be eternally reconciled to God through faith in Jesus."