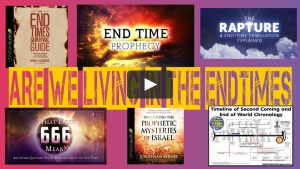 Luke 21:10–19 (ESV) — 10 Then he said to them, “Nation will rise against nation, and kingdom against kingdom. 11 There will be great earthquakes, and in various places famines and pestilences. And there will be terrors and great signs from heaven. 12 But before all this they will lay their hands on you and persecute you, delivering you up to the synagogues and prisons, and you will be brought before kings and governors for my name’s sake. 13 This will be your opportunity to bear witness. 14 Settle it therefore in your minds not to meditate beforehand how to answer, 15 for I will give you a mouth and wisdom, which none of your adversaries will be able to withstand or contradict. 16 You will be delivered up even by parents and brothers and relatives and friends, and some of you they will put to death. 17 You will be hated by all for my name’s sake. 18 But not a hair of your head will perish. 19 By your endurance you will gain your lives.

Let me start right out by saying that I am no expert in eschatology – which is the study of end times. I personally find too much emphasis on date setting (which Jesus said can’t be done any way), strict interpretation (and if you don’t agree with some people you’re ostracized), and people wanting to know ahead – just to be safe – not wanting to have a genuine relationship with the Lord. Therefore, I tend to focus most on that which strengthens our relationship with the Lord and one another thereby preparing ourselves for whatever happens, whenever it happens. That being said, there are a few things about our present situation that are causing me to keep my spiritual eyes and ears open.

Pestilences (like Covid-19) are not new. You have most likely heard references as of late comparing it to the Spanish Flu of 1918. But when you add it to others in recent years such as the Swine flu, SARS, MERSA, EBOLA and HIV AIDS, we are definitely seeing some increased activity. As far as earthquakes, famines, false Christs, etc., I recall preaching a message about 10 years ago where I looked at data concerning all these things. Again, what I saw was that the world has always had these them, but not to the degree that we have in our lifetime. Jesus Himself compared these things to birth pains. It just makes sense then that they would be increasing in frequency and intensity the closer we get to the end.

Also, we are seeing things now that were simply impossible in times past. The Bible says that when Christ returns “every eye will see Him” (Revelation 1:7). That has only been possible in the age of television and now much more with the internet. Along with that we are seeing the economy of every nation on earth affected simultaneously. Could something like this usher in a global central banking system that the Bible refers to? All of a sudden that doesn’t seem as difficult as it may have been before. And then there are technology companies who are right now working with governments for the large-scale tracking of individuals – at this point to see who has a virus. Kind of creepy if you ask me.

So, yes, I have my eyes and ears open. But even more than that, I am looking at the parable of the ten virgins (Matthew 25:1-13). It tells me that the bridegroom can come at any time, and when he does, I need to make sure there is oil in my lamp. What is this oil? Oil in the Scriptures is often a symbol of the Holy Spirit. But the particular picture of the lamp being full, and that it can be quickly lit to give off light, brings me back to strengthening my relationship with the Lord and prayerfully applying His word in my life.

Are we close? Well . . . one thing I can say for sure is that we’re closer than we’ve ever been. But I don’t want to hype people up, or use fear to motivate anyone – just to have them dismiss it if things go back somewhat to normal. On the other hand, I don’t want to ignore what I am seeing so that people say, “It’s not that important to the Pastor, so it must not be a big deal.” The fact is, there are so many other reasons to get closer to the Lord and have our “lamps full” for the sake of our general wellbeing and impact on the world around us, that in that sense it really doesn’t matter where we are on the end times clock. But I do know this, if your lamp is full, you’ll be blessed in a myriad of ways – AND ready when that time comes.