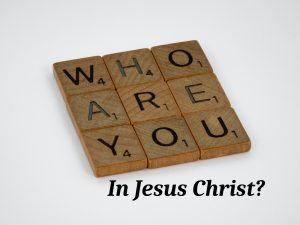 Why Identity Matters to You.

I once heard tell of an American attorney who specialized in locating hard to find individuals who had inherited large fortunes from distant relatives.  On one occasion, after much searching he had located such a woman in a third world country. He found her on her hands and knees scrubbing the steps of a government building, eking out a very poor existence. This woman indeed was the heir of a very large fortune, but she did not know it. The was rich beyond her wildest imagination and technically had been for several months, but her ignorance of her identity and all that went with it kept her in abject poverty, living far below the quality of life she could have been living.

Likewise, as believers in Jesus Christ, we have a new identity as children of God. The Bible says in Romans 8:17 "and if children, then heirs—heirs of God and fellow heirs with Christ." Just like a child adopted out of the foster care system into a well to do family would assume the benefits of belonging to that family, so we as adopted children of God, have certain privileges, promises, and power that is ours in Christ that we did not have before.

If we then remain ignorant of our identity in Christ and all that goes with it, we will live poverty stricken - i.e. defeated, powerless, joyless, non-impactful - spiritual lives, far below what we could be living. Therefore it's imperative that we explore the Scriptures to understand our identity - who we are, and what we have in Jesus Christ - so that we might live the abundant life that Jesus secured for us on the cross.

In the next blog, we will look at what the Bible means by the term "in Christ."